database, network analysis
The lower Rio Grande valley was the locus of a Spanish colonization effort in the mid-18th century that planted the seeds of Hispanic presence in South Texas. Civilian settlers from closely related families were drawn to the new colony of Nuevo Santander from surrounding areas of northeastern Mexico, where they had lived for centuries. Lured by new land grants along the Rio Grande and in the “wild horse desert” below the Nueces river, they occupied a frontier that had not yet become a borderland and brought with them a well-established Spanish ranching tradition. This early-stage study uses digital methods to understand the origins of the families who settled in the Rio Grande Valley; to uncover their relationships with each other and to the early history of northeastern New Spain; and to identify their legacy in the increasingly at-risk material culture of the region’s architecture.
Part of this project is an attempt to build a relational database from a variety of different sources which can tell us about the daily lives of the colonists, and to visualize their relationships using network graphs. Early attempts at drawing the networks were done by hand; computational network visualizations are in the beginning stages. 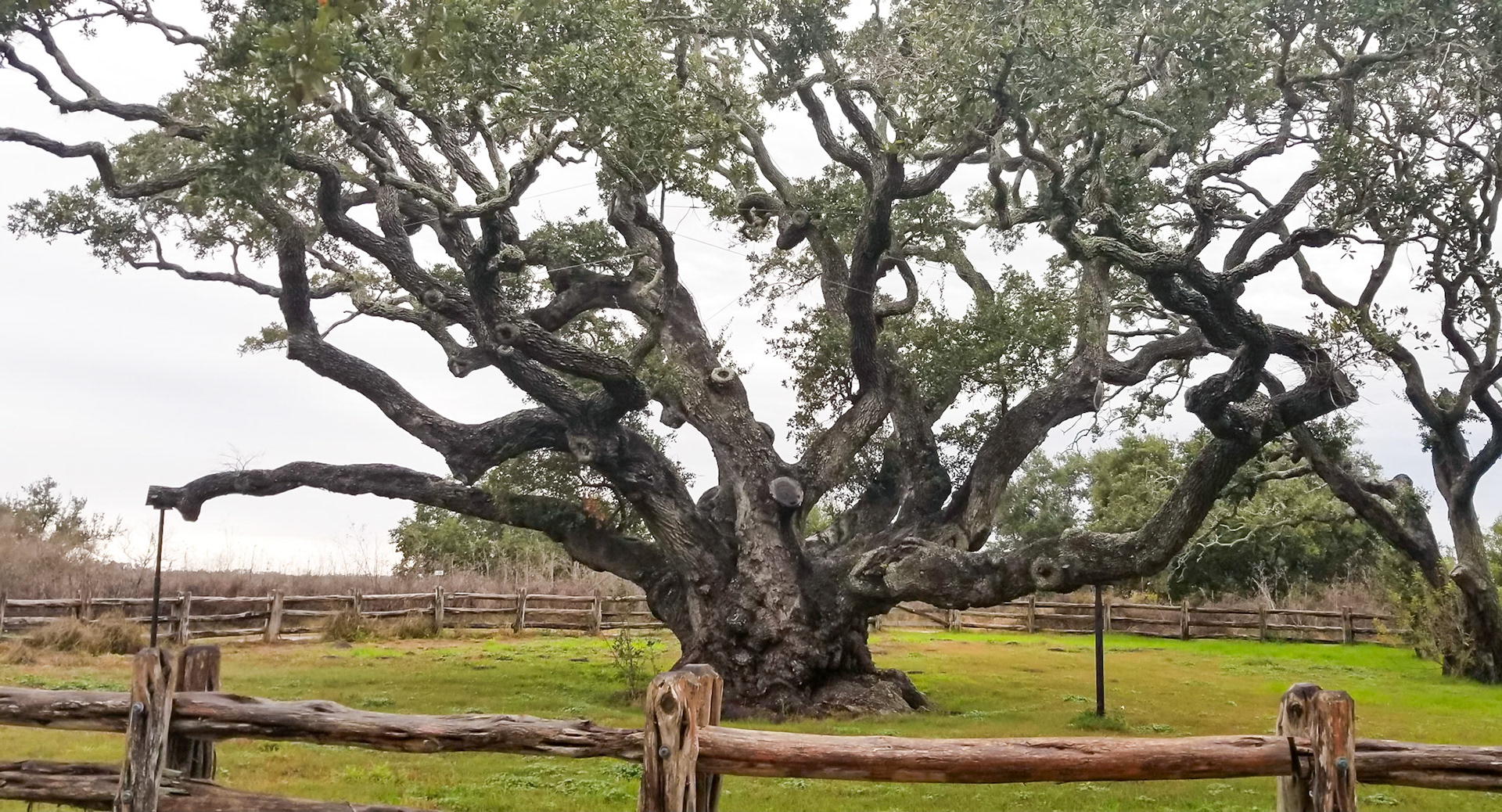 1,000 year old oak tree near the Gulf of Mexico in Rockport, Texas 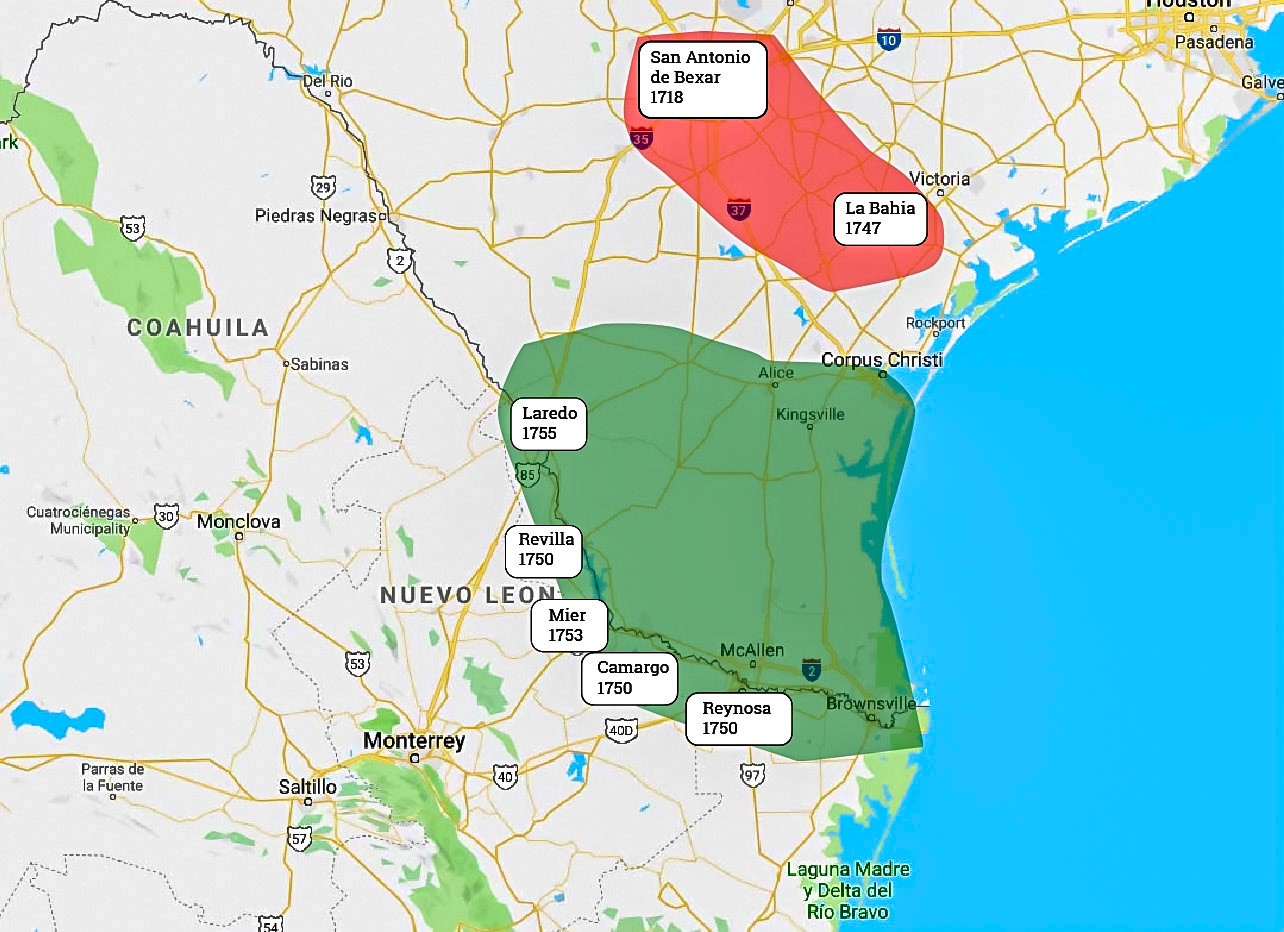 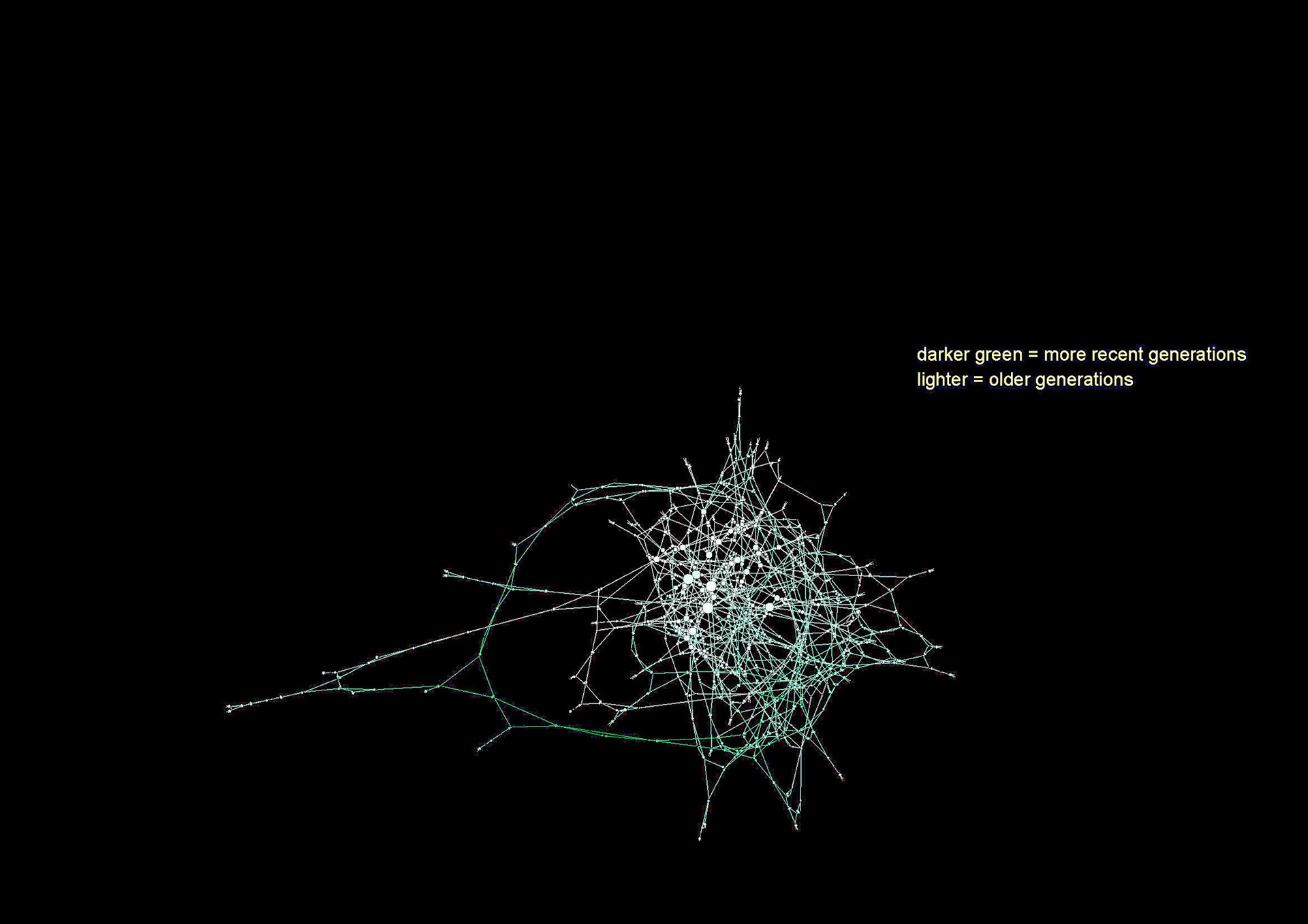 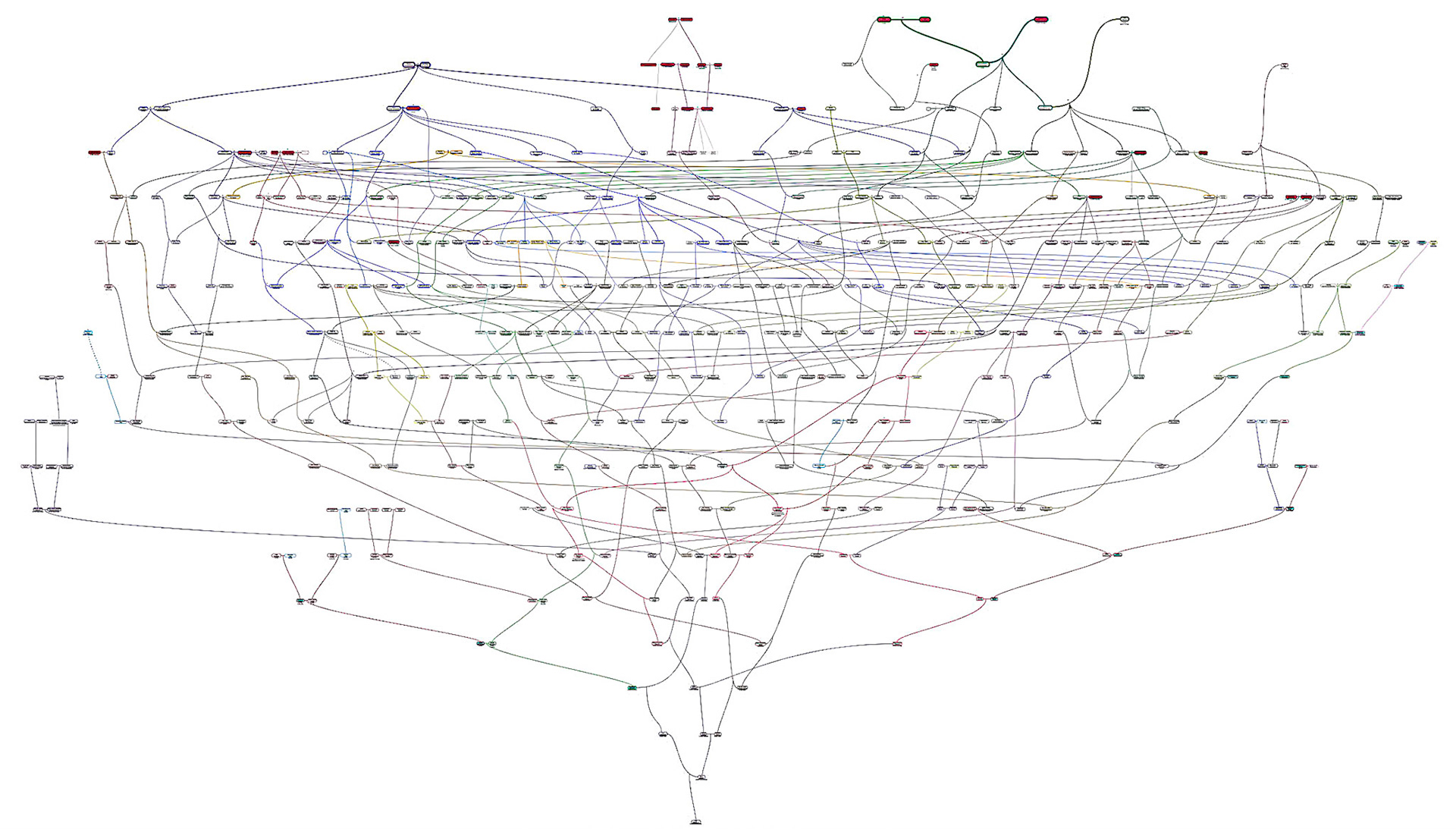 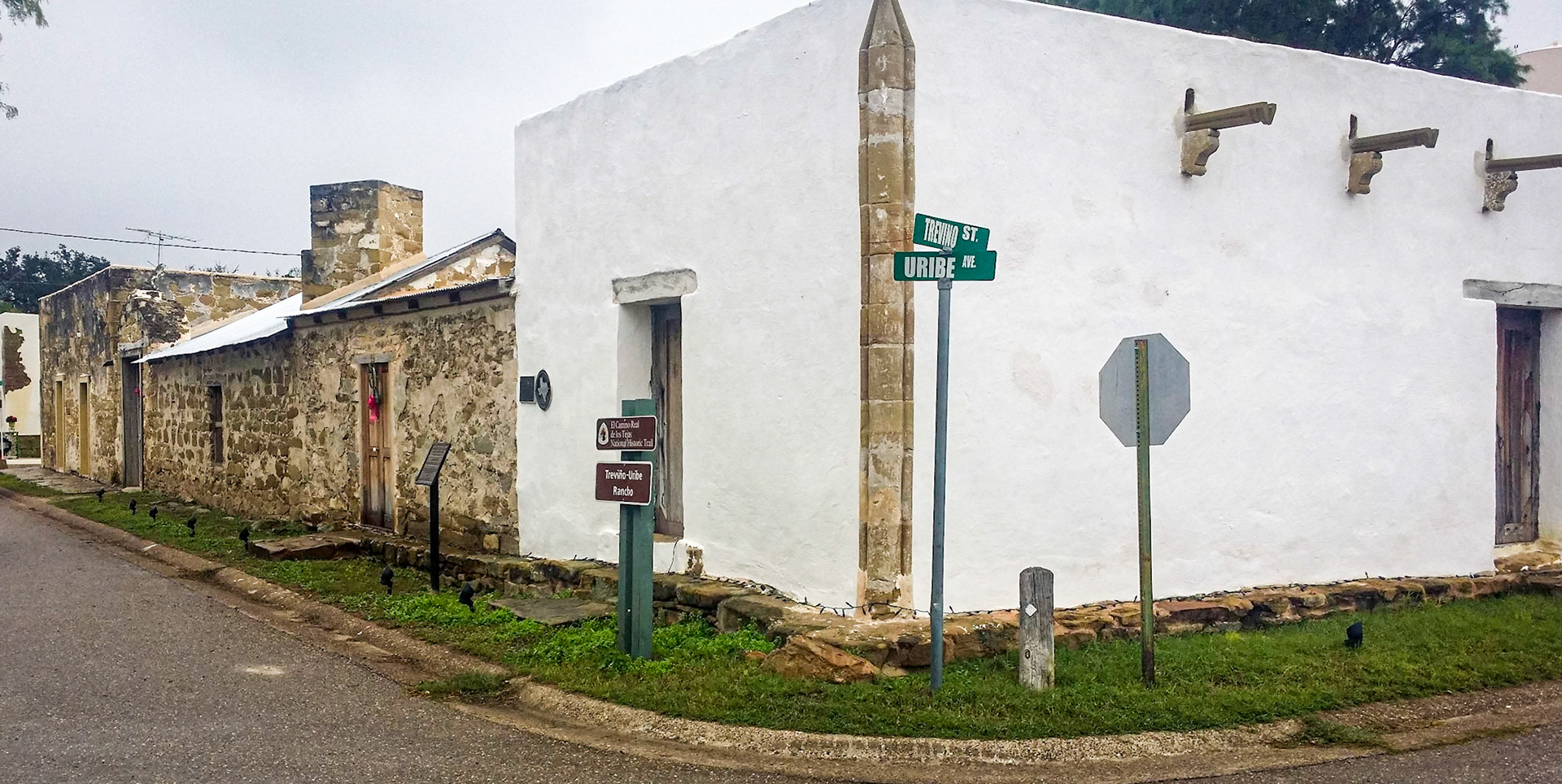